Suppose you were asked to draw a graph. Before drawing, you would possibly have several questions on how to do it: 1. Which data should be mapped into the plot: is it the relationship between a categorical and a continuous variable, or that between two continuous variables; 2. Which geometrical representation should you use: a bar, a point or a density line? 3. You may also determine the appearance, the aesthetic, of the geometrical elements: are they going to be colored or filled? If they are a point, should it be a circle, a square or a triangle?

It is this reasoning from the Grammar of Graphics that is used to create plots in the ggplot2 package.

Implement histogram for “How was the population of Africa distributed across the continent by country in 2007?”

Rearrange the following code to generate a histogram. 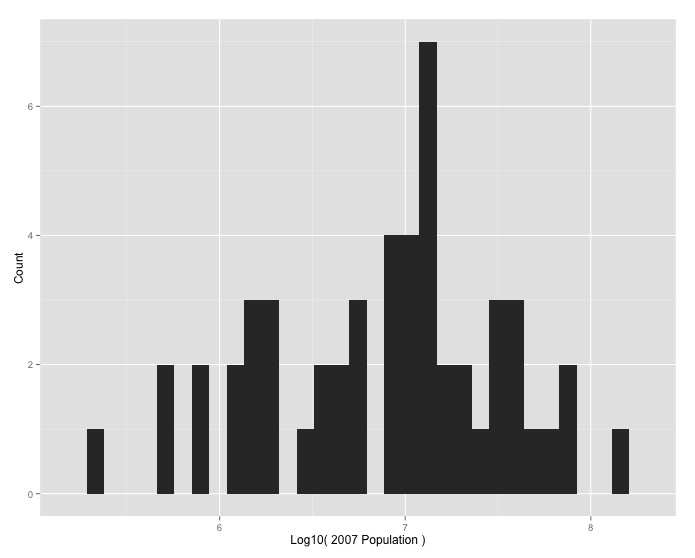